Somebody’s watching you… for real.

YOU ARE UNDER SURVEILLANCE

You’ve probably never done these things, right?  Well, why would you log onto the Internet and tell everyone where you live, what you like to see, and what products you like to buy, and create a permanent history of these habits for years to come?

Do you have any idea how many websites are not available to you simply because your I.P. (Internet Protocol) address is located within the geographic area known as the United States?  Too many, you would be shocked.  Why is it acceptable for anyone to censor what you see on the Internet just because of where you live?   I don’t think it is and I think we should plan to escape this surveillance and censorship, don’t you?

Did you know that when you log onto the Internet, you leave a long list of files, “cookies”, and your I.P. address, which links directly to your home address where you are connected to the Internet?

Here is more detail about online privacy and some tips on what you can do right now with your computer’s settings.  We are not affiliated with the following “Tinkernut” producer, but we like the message in this video, please enjoy.

Instead of creating your own virtual private network, the PrivacyWorks anonymous USB does not have monthly fees and can be taken anywhere you go.

We know you are not doing anything illegal, but why leave all of this private information for any stranger, the government, or even foreign governments, when you don’t have to and when it may someday become a personal security problem? You lock your doors, you use passwords, you wear clothing, why would you expose all of your identifying information just because you want to use the Internet?

Get total anonymity online with our bootable USB “PrivacyWorks Online”.

This device, a version 3.0 USB (Universal Serial Bus, i.e. “thumb drive”), will give you complete anonymity by encrypting and hiding everything you do on a computer no matter where you are. When we say “browse without leaving a trace”, we truly mean it. Using the Linux-based, live-boot operating system (The Amnesiac Incognito Live System), you can use any computer anywhere without anyone knowing you were ever on it. This is a portable operating system with all the security bells and whistles you’ll ever need already installed on it. Let’s review what you get with this device.

The U.S. government, with assistance from major telecommunications carriers including AT&T, has engaged in massive, illegal dragnet surveillance of the domestic communications and communications records of millions of ordinary Americans since at least 2001, since this was first reported by the press and discovered by the public in late 2005.

Secret government documents, published by the media in 2013, confirm the NSA obtains full copies of everything that is carried along major domestic fiber optic cable networks.

We don’t need more laws to protect our privacy, if the government and corporate interests are going to ignore the Constitution and our rights, we can simply restore our privacy with the proper use of technology, by what we do and how we do it.

News reports in December 2005 first revealed that the National Security Agency (NSA) has been intercepting Americans’ phone calls and Internet communications. Those news reports, combined with a USA Today story in May 2006 and the statements of several members of Congress, revealed that the NSA is also receiving wholesale copies of American’s telephone and other communications records. All of these surveillance activities are in violation of the privacy safeguards established by Congress and the US Constitution. Again, we can restore our privacy by simply using technology.

These are the reasons we created the PrivacyWorks Online USB. The magic of this device is that you don’t have to do any work, it’s just plug and play, and you’ll have a completely anonymous, totally private online access with all the software you will need. You will be able to browse the web, email, instant message (IM) and edit documents.

This device gives you online anonymity. It’s the key feature that most of us want. This comes in the form of the customized web browser built using the anonymous web browsing technology from “The Onion Router” browser and includes popular security extensions like HTTPS Everywhere for secure browsing, It also includes Adblock Plus to block ads, and NoScript to block Java and Flash. Other than those features, the web browser works exactly like you’d expect a web browser to work.

Most people are not aware that Email, Facebook posts and instant messages for an unknown number of people, via PRISM, which involves the cooperation of at least nine different technology companies. Google, Facebook, Yahoo and others have denied that the NSA has “direct access” to their servers, saying they only release user information in response to a court order. Facebook has revealed that, in the last six months of 2012, it handed over the private data of between 18,000 and 19,000 users to law enforcement of all types — including local police and federal agencies, such as the FBI, Federal Marshals and the NSA.

Massive amounts of raw Internet traffic The NSA intercepts huge amounts of raw data, and stores billions of communication records per day in its databases. Using the NSA’s XKEYSCORE software, analysts can see “nearly everything a user does on the Internet” including emails, social media posts, web sites you visit, addresses typed into Google Maps, files sent, and more. Currently the NSA is only authorized to intercept Internet communications with at least one end outside the U.S., though the domestic collection program used to be broader. But because there is no fully reliable automatic way to separate domestic from international communications, this program also captures some amount of U.S. citizens’ purely domestic Internet activity, such as emails, social media posts, instant messages, the sites you visit and online purchases you make.

This surveillance can be stopped, your online presence can “go dark”. The PrivacyWorks Online USB includes built-in encrypted email and chat. Additionally, this device includes encrypted and private messaging using OpenPGP applications for email encryption and the instant messaging client Pidgin with an OTR cryptography tool that encrypts your IM conversations.

This USB includes built-in file encryption: You can save documents to the USB drve and they’re automatically encrypted using an encryption specification.

If you’re using a Macintosh, simply download and install rEFit on every Mac on which you want to boot from your PrivacyWorks Online USB drive.

We have two designs, each with 4GB of storage (not including the software): 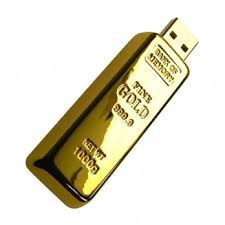 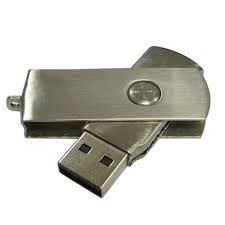 You can use this USB on any public computer you want; it’s a great way to keep your browsing and email activities hidden from the world. It’s even beneficial on your home computer since you don’t have to alter your system in any way.

A few months ago I was going to set this up for myself and after much research, I discovered that I would need a virtual private network. If I knew something about operating systems and networks, I’m sure I could work my way through it, once I figured out the types of hardware devices I would need. Well, I don’t know enough about computer systems to do this myself, and I’m really not sure what hardware would work the best. There were no “off-the-shelf” systems, at least that I could find; so what I found was that it would cost me about $750 to $1,000 to set this up, and not everyone knew how to do it.

It may also require regular maintenance costs if anything when wrong, and that service would be limited to only a certain number of knowledgeable people in my town who would probably charge me several hundred dollars a visit.

Wow! I didn’t think this actually existed until I completed the research, so it was better than I thought. I spent the money and created the very system that will give anyone complete anonymity on the Internet and via email, and without having any special knowledge of computers, and with negligible costs.

What better device than an innocent looking USB stick? The style I’ve chosen has no special marks or brand names on it. It looks like a memory stick where you’d keep your family photos from the last vacation, exciting for you maybe, but boring for anyone else. That’s what we want, the most exciting device for privacy that looks totally boring to everyone else but you.

Truth be told, I actually spent way more than $1,000 or this setup, but like I said, now everyone can have access to the same system without spending more than a few hundred dollars, one time. I had to order a large quantity to get the right pricing so I do have a limited inventory.

We have tested this device and sold a small amount of our inventory to test it live. As of December 1st 2016, I have exactly 312 of these devices in-stock and ready to ship. I wanted to make these available for about half of what I thought was a good deal in the beginning (around $450) but that is still too much money, even though many people including myself would gladly get this device for this price.

This is what I decided, well, what we all decided, since I could have not done all of this myself, to distribute the remaining inventory for $199 each. This would be the introductory price.

After that, we will reinstate the post-introductory price of $297. Maybe you don’t care either way, because what is the real price of privacy? Who knows, but why spend another $100? If your order is received and matched with the existing inventory, we’ll ship it to you for only $199 + $6 s/h ($205), until they are gone.

It is important that you include the date with your order. We don’t use a merchant account, that is traceable, or at least more easily traceable. The most private way to order this device is by faxing or emailing a blank page with a check at the bottom, made payable in the amount of $205 to “USB Software”, (it’s our code name for PrivacyWorks Online), and on the page, above the check, write “one-time $205 special pricing for the USB”. Be sure to complete the check as you would normally.

Please be sure your mailing address is written clearly on the page, or the check, or both, with an email address and telephone number. Fax your order to 302-295-3566 OR email it to [email protected], or both, whichever you prefer. You will receive a confirmation email, so please be sure that your email address is legible as each order will be processed manually (we don’t have any robots yet). Your order will be kept in confidence and absolutely no information will be shared with third parties, except for our check processing service, which is also confidential. The packaging in which you receive your device will also be boring and non-descript.