In the case of central exchanges, the exchange is the owner of all of the private keys. Even if some tax was imposed on exchanges between currencies, the taxpayer would be the owner, or the central exchange, not the user such as the account holder, or the exchange customer (people using the exchange). This tells the whole story, and all the misleading news articles just play upon our lack of knowledge.

Lacking this understanding, you’re probably setting yourself up to pay way too much in taxes from crypto exchanges because of all the misleading statements in recent articles published by mainstream periodicals and their attorneys. There has to be a specific taxing statute, and taxable activity and rate in the statute, and then the agency must have promulgated a regulation to implement this specific taxing statute.

Because people don’t understand the law, they report items that are not required to be reported and because the tax return is signed under penalties of perjury, the IRS just accepts that you are telling the truth and what was not taxable before, becomes taxable because it was reported incorrectly. For example, because people don’t read the definitions, nor do tax professionals, they act as though their business is a “trade or business”; however, the statute under Title 26 section 7701 defines “trade or business” as “the performance of the functions of a public office”. If you’re a Congressman, agency employee or federal judge, you’re involved in a taxable trade or business, but if you’re a plumber, you are not.

That is how the system works, and your accountants and attorneys help you make those mistakes. Here is an easy way to understand this one aspect being described in the news lately. It pertains to one word being added to limit the application of “1031 exchanges” to only “real property” and not just any property. If you sold real estate and made a profit, it was taxable unless you bought another similar property within so many days. If you took your taxable profits and bought another “like” property, you qualified for the “1031 exemption”. You went from property to “dollars” back to another like property. There is no such thing as a “crypto-exchange of like cryptos”. Adding the word “real” to the statute did not create a whole new legal framework that now imposes taxes on crypto-currencies of any kind or in any way.

This change simply limits the exemption to “real” property. Property has always been taxable to the extent that a gain is realized by a taxpayer. Here is an example you can ask any tax professional. “Does a taxpayer incur a tax debt when he buys gold, which is property?” “Does a taxpayer have a tax liability if he trades his gold for silver?” Or, “does a taxpayer have a tax liability when he sells his gold for dollars?” What if I exchange my gold bullion for gold coins? It’s the same question, and same answer.

In the cryptographic currency example, going from one crypto to another does not involve first going back into “dollars”, so this is a completely different situation, assuming it’s even taxable in the first place. Stay out of fiat, reinvest, and, even if you would personally have a taxable event, use a tax deferred structure such as an LLC in the states and use its EIN and not your name and SSN and you can defer the fiat tax liability, assuming there will ever be one. It can be deferred forever if you plan it correctly.

Even if there were eventually a taxing statute and regulation imposing a tax in a crypto currency, one or all, how would you pay the tax, in crypto? A taxing statute and its regulation would specifically apply to a taxable activity, and it would specify a rate along with the type, kind or class of tax. There is no such statute or regulation at this time. Even if there were, you could never pay the tax in the crypto-currency. It just isn’t taxable, anymore than words can be taxed, or taxing the use of words, no such thing, and no such tax on cryptos. This tax myth is based upon incorrect premises, read the statutes and regulations. I know that some people have good intentions, but everyone should really do some research first, and don’t just rely on a tax attorney or accountant as those are just agents of the system to get you to buy into the false premises.

True story: In the early nineties, my first debt collection case assigned to me by my partner involved a flower farmer who had spent 35 years building up an incredible seasonal flower farm business. When I got the case, the IRS and bankruptcy trustee were tagging every item in his home, his farm and had taken all of his equipment and vehicles. He only filed bankruptcy because he thought he could deal with the IRS better that way, but it just made it easier for them to take his property. After a few months of collecting facts in the case and corresponding with the IRS and different offices, I discovered that the IRS had been taxing this flower farmer for “manufacturing surface coal mines”. This is actually a crime, so I filed a formal report of my findings to the Federal Bureau of Investigation. It wasn’t 30 days later that my fax machine (remember this was back in the nineties) began spitting out page after page my client was sending, of notices from the IRS, releasing every lien and levy it had and returning all of his property. The IRS vanished and he never had another problem again. That’s when I began to realize what kind of a racket these pirates have been perpetrating. It should make you wonder about cryptos, because I can tell you from additional research I had done following that case, that the IRS is taxing people under Title 27 of the Code of Federal Regulations, for activities involving the manufacture of alcohol, tobacco products and firearms and related industrial activities such as mining.

Don’t be so quick to believe that there is some “new law” or “new rule” just because Forbes published an article with lots of misleading and erroneous conclusions. Adding a word to a statute does not create an entirely new taxing statute, or class of tax. The next thing we’ll probably discover is that the taxing authorities want to tax our brilliant, million-dollar ideas, before we even write them down on paper or make any money with them. 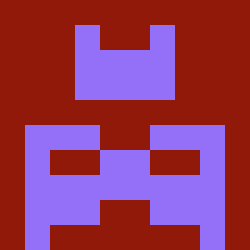 DID YOU GET A 1099-K FROM YOUR CRYPTO-EXCHANGE?