Written by John Jay Singleton on November 23, 2016. Posted in Uncategorized.

Heat of Your Hand Stirling Engine

The elegant MM-7 is a beautiful conversation piece for your home or office. It will run indefinitely on your warm hands, or on top of any electronic device that generates sufficient heat. It will even run on the bright sunlight shining through your window. It only requires a 7.2°F (4°C) difference between the top and base plates. The MM-7 makes a unique gift for that special person who has everything. Amaze your friends, your family, your co-workers, or just yourself!

The Stirling Engine (from the name of the inventor of the first example built in 1816, Rev. Dr. Stirling) is an external combustion engine.

Its operational principle is extremely simple: a constant mass of gas is contained inside of the cylinders, which when heated expands and when cooled contracts, pushing the piston with alternating force or upwards or downwards. As a function of the cylinder displacement, the speed with which the thermal exchange takes place and the temperature differential between the maximum heat and the minimum cold the power produced varies (these are only some of the variables at play).

Stirling Engines may be divided into three main categories:

1 – ALFA: engine with two 90° opposed cylinders, one cold and the other hot;

2 – BETA: engine with one power piston and a displacer piston in the same cylinder;

3 – GAMMA: engine with a power piston and a displacer piston in two different cylinders.

The main features that make the use of Stirling Engine advantageous are:

Any heat source may be applied to it: gas (even if produced by biomass) coal, wood, waste heat (i.e., produced by cooling plants), concentrated solar heat, etc., and also any of these combined;

Emissions are easily controllable and far less toxic than those from an internal combustion engines;

The engine structure does not require complicated maintenance procedures;

Residual heat, which is not used for the production of power, may be recovered and reintroduced in the water heating cycle, in this manner, increasing the total efficiency of the system.

In short, the Stirling Engine is quiet, user friendly and practically needs no maintenance. It may be powered by a broad variety of energy sources whilst it produces easily controllable emissions if any at all.

All of these features make it usable in any location and by anyone. Nevertheless, at nearly 200 years from its invention, this technology has found application only in very specific circumstances: it has been used for example by the NASA space agency on occasion of the most recent United States space missions; the Norwegian Navy has installed Stirling Engines on three submarines due to their particularly quiet operation; and finally some American companies have applied Stirling Engine prototypes to solar concentration energy production plants. Naturally these prototypes are not usable in the normal consumer market due to their elevated realization costs.

Anyone who needs to produce heat has above all the need to produce it efficiently (economically). To be able to produce electrical energy at the same cost and without the need to increase the power of the furnace with which heat energy is produced, without a doubt increases the efficiency of the plant.

Our market is therefore represented by all of those small or medium concerns that need energy: energy that these firms, either totally or in part, produce on their own and which in and of itself represents a significant cost and a critical resource.

There are situations in which none of the technological alternatives currently available on the market may be advantageously applied to the work being carried out. Furthermore, even compared to other forms of renewable energy production, the advantages of a range of Stirling Engines are evident: from the environmental and landscape impact, being basically null, to the lack of any long bureaucratic authorization procedures for the facility, going on to the certain economic return for anyone who intends on making the initial investment, given the quantity of energy produced.

Today, alongside the large power stations and the traditional distribution lines, ever more small, localized systems are working. These, combining the production of heat energy with that of electrical power, represent in many situations an efficient solution both from the economic point of view as well as that of energy availability.

The Micro-Cogeneration market is being extended and established, favored also by the new regulations surrounding it regarding the liberalisation of electrical energy production and in favour of micro-generation plants, making this type of technology ever more desirable compared to the traditional furnaces able to produce only thermal energy.

There are very many settings in which micro-cogeneration finds optimal conditions for application: practically all of those situations in which there is a need to produce heat energy for a prolonged number of hours over the year, such as, for example:

Stirling Engines may be combined with existing technology, or in any event, with those technologies available on the market, to transform them from a mere heat sources to co-generation plants. 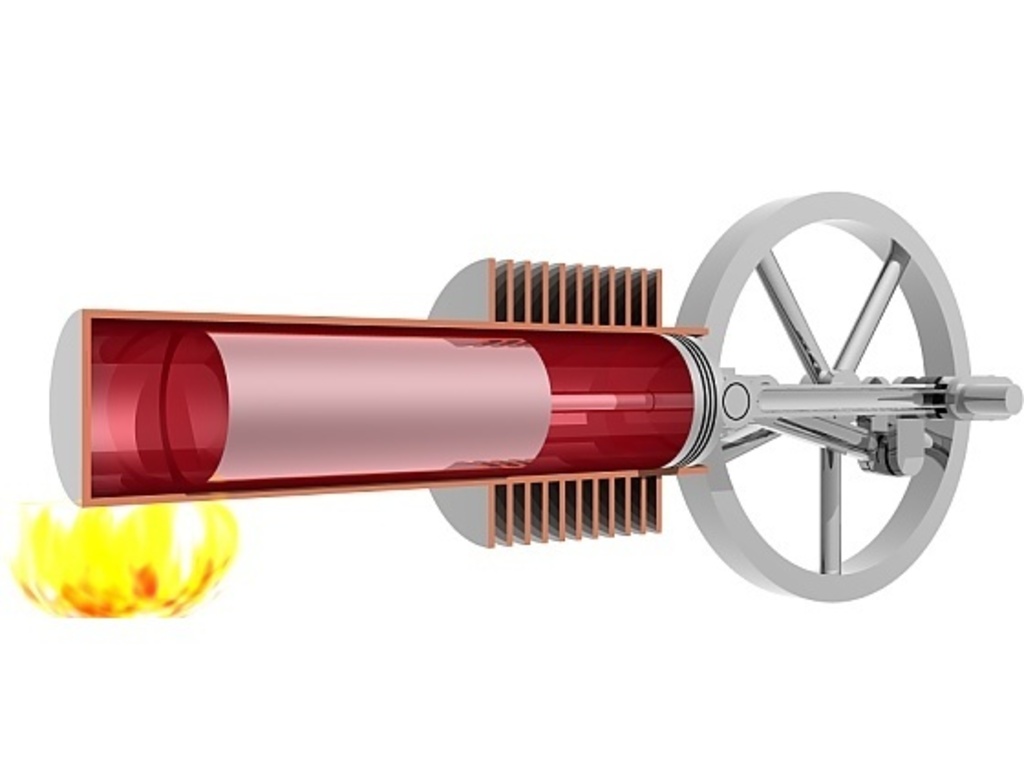 The best example of the most recent utility scale application was by Infinia, and it’s use of the Stirling Engine with concentrated solar in a parabolic dish. I’ve detailed this technology in the next chapter.